It’s time for another weekend of top European football action, as regional derbies take center-stage. The English Premier League, as always, is a huge attraction with passionate local rivalries likely to reach boiling point in North London and Merseyside. Avid Bundesliga followers, however, will feel their league offers the main event, as Jurgen Klopp takes his stuttering Borussia Dortmund side 25 miles down the road to the atmospheric Veltins Arena to battle FC Schalke in a feisty contest that seldom disappoints..

Everton take the short journey up the M6 with the daunting task of winning at Liverpool for the first time in 15 years. Both teams have made a surprisingly slow start to the season, but Brendan Rodgers will be optimistic about maintaining the Anfield status quo.

The Reds manager will be hoping Daniel Sturridge proves his fitness before kickoff, as his pace, movement and goal-scoring prowess have been sorely missed in recent weeks. Liverpool will still have to do without Emre Can and Joe Allen in midfield, and this may force Rodgers into a tactical shift to a more practical 4-2-3-1 formation, as the static Lucas Leiva has been painfully inept in an advanced role in the midfield diamond.

Roberto Martinez is sweating on the fitness of right back Seamus Coleman, as he continues to struggle with a head injury sustained in the Europa League match vs Wolfsburg. Steven Pienaar, another vital player in the Everton arsenal, also faces a late fitness test. The Toffees, still reeling from the absence of play-maker Ross Barkley, will look for attacking inspiration from the Belgian duo of Romelu Lukaku and Kevin Mirallas. Defensive balance and solidity will also be on the mind of Martinez, as Everton have shipped goals at an alarming rate. Goalkeeper Tim Howard, sloppy in the recent home defeat vs Crystal Palace, will likely need to return to his usual lofty standards for Everton to depart Anfield as victors for the first time since September 27th 1999. 15 years to the day – an omen perhaps?

Aston Villa travel to Stamford Bridge hoping to get back on track after a three-minute  Gunners whirlwind and an ill-timed virus led to hanging heads at Villa Park.

Diego Costa, plagued by a dodgy hamstring, is set to start in attack for the Blues. Ramires will likely miss out due to injury, and that should pave the way for the highly efficient Andreas Schurrle.

The Villans have a near fully fit squad this time around, but the game has still come to soon for the talismanic Christian Benteke and defensive lynchpin, Ron Vlaar. 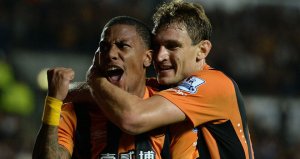 Hull City, home to a bevy of exciting, attacking talent, aim to add to the Champions’ poor start to the season.

Gaston Ramirez is set to miss out due to a troublesome groin, but Uruguayan hot-shot, Abel Hernandez, is fit to lead the line. Hatem Ben Arfa, on loan from Newcastle, will be hoping to make his first Prem start for Steve Bruce’s men.

The Champions come into the game seeking a morale-boosting win before the testy Champions League tie vs AS Roma in midweek. Manuel Pellegrini will have to do without Fernando, Stefan Jovetic and Samir Nasri due to injury. Pablo Zabaleta returns from his one-match ban, but may make way for Bacary Sagna at right-back. 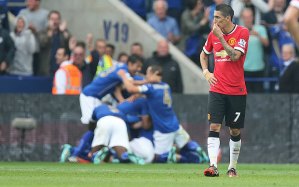 Manchester United are in desperate need of a swift riposte after their inexplicable capitulation at the King Power Stadium.

Louis Van Gaal is in the midst of a defensive crisis, as Jonny Evans and Chris Smalling joined Phil Jones on the Old Trafford treatment table. Tyler Blackett is also unavailable due to suspension, so in come Paddy McNair and Tom Thorpe from the reserve team. Angel Di Maria, scorer of two impressive goals on back to back outings, will retain his place in midfield, likely alongside Daley Blind and Ander Herrera, and it will be interesting to see if LVG maintains the attacking triumvirate of Rooney, Falcao and Van Persie.

Sam Allardyce, a man with a penchant for physical football, will likely target The Red Devils new-look central defensive partnership of Marcos Rojo and Thorpe/McNair. The aerially-gifted Enner Valencia is fit to lead the assaut, but he will not have the assistance of key trio – Kouyate, Jarvis and Nolan – all injured.

Arsenal and Tottenham square off in Saturday’s late kick off for a derby that always begins at the edge of boiling point.

Arsene Wenger, disappointed by a home league cup defeat to Southampton in midweek, will restore first-choice defenders Gibbs, Koscielny and Mertesacker to the back-line, with Calum Chambers likely coming in for the crocked Mathieu Debuchy at right-back. Wenger may be tempted to use Mesut Ozil in his favored #10 role, after the German impressed in that position vs Aston Villa last weekend. A return to the wing is the more likely scenario, as Jack Wilshere and Aaron Ramsey are set to occupy the central midfield spots just ahead of skipper Mikel Arteta. Danny Welbeck, buoyed by his first Gunners goal, is set to lead the attack.

Mauricio Pocchetino looks to steady the Spurs ship after an up and down start to the season. The Argentinian, hugely impressive at Southampton last season, has stumbled out of the gate at Tottenham, and will be keen to make a big impression in his maiden North London Derby. He’s spoilt for choice selection-wise, as Kyle Walker is the only injury absentee. The enigmatic Erik Lamela and the prodigiously creative Christian Eriksen will look to supply the bullets for a pent-up Emmanuel Adebayor; A man always overly keen to put one over on his former side.

Schalke’s Veltins Arena will be full to the rafters for the latest edition of Gelsenkirchen’s Revierderby. The Ruhr region’s most famous local rivalry dates back to 1925 with Schalke winning 56 to BVB’s 48. Both teams are seeking a morale-boosting win after underwhelming starts to the season.

The Miners head into the derby without inspirational wide-man Julian Draxler after his straight red card last weekend. Captain Benedikt Howedes is also out, but with injury. The exciting Kevin-Prince Boateng returns from suspension, but is a major injury doubt.

BVB have been plagued by injuries and head into the match without a host of first team regulars. Jakub Blaszczykowski, Marco Reus, Ilkay Gundogan, Nuri Sahin and Henrik Mkhitaryan are all out. Jurgen Klopp will rely on the fit again Sven Bender and skipper Sebastian Kehl to provide the springboard for the attack of Shinji Kagawa and speedsters Pierre-Emerick Aubemeyang and Ciro Immobile. 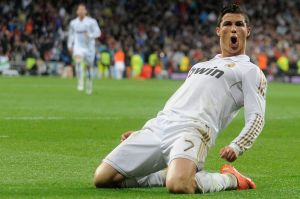 The Yellow Submarines, more known for enterprise than industry, may be better suited to adopt a rearguard action against a Real Madrid team beginning to ride the crest of a wave. Los Merengues have scored 13 goals in their last two matches, with the irrepressible Cristiano Ronaldo bagging 7 of those. The reluctant introduction of forgotten midfielder Asier Illaremendi, and the willingness to deploy Isco in a deeper role, has added some much needed balance to a side with breathtaking attacking talent. Villarreal beware. 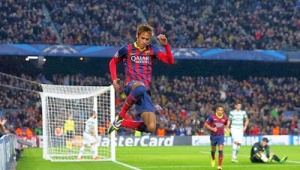 Granada have made an impressive start to the 2014/2015 La Liga season, but will run into a Barcelona team eager to return to winning ways after dropping their first points of the season away to Malaga in midweek. The Catalan giants have sparkled this season and they’ll be hoping for all three points and a useful tune-up before traveling to the French capital to face Paris Saint Germain in the UEFA Champions League. 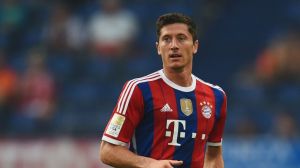 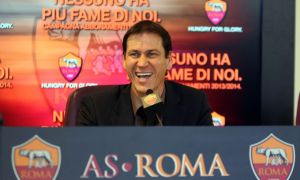 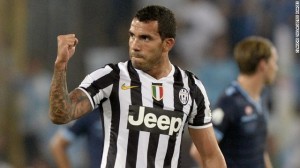 ENJOY the matches and the weekend!